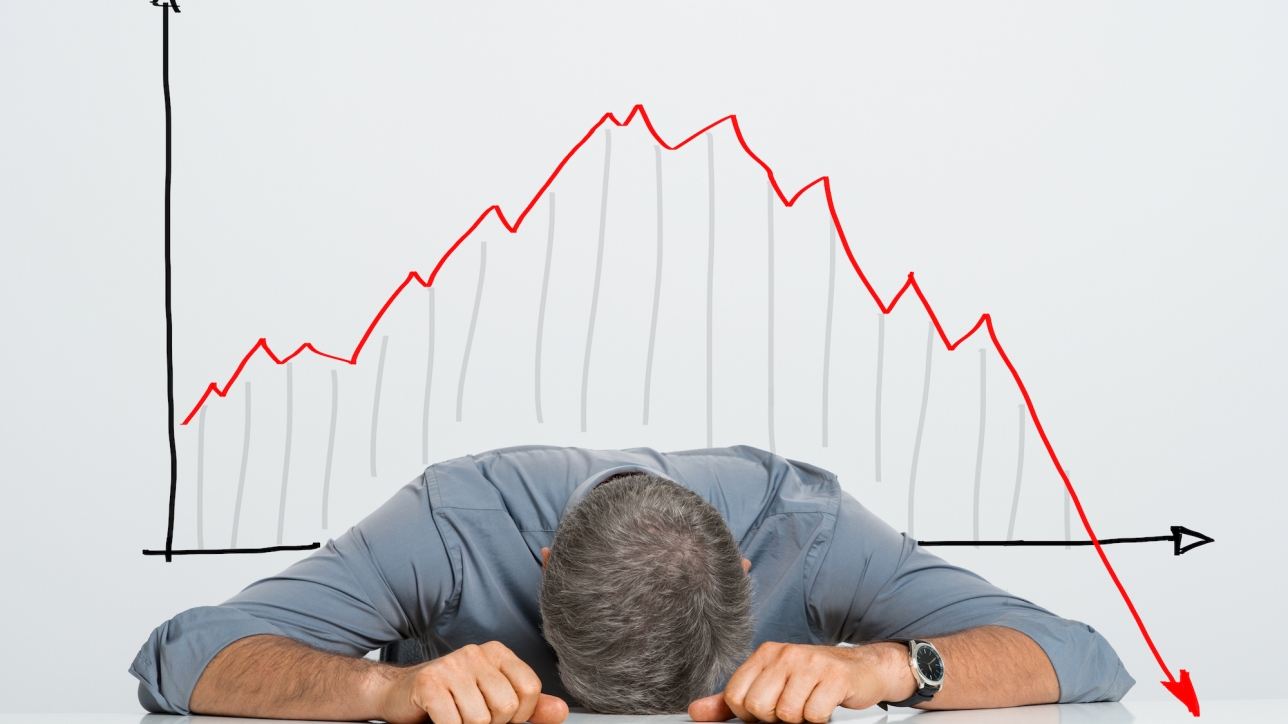 On May 4, Google announced its latest core update. In the weeks since its release, here’s what we know and what to do if your website was negatively impacted.

The stock market often exhibits volatility in reaction to a significant event (maybe a global pandemic, for instance). Google search engine rankings react in a similar fashion. Over time, your rankings have probably gone up or down ever so slightly, then when something significant occurs, such as a Google Core Update, your rankings might plummet.

As a business owner or marketer, why should this matter to you? Well, a loss in rankings often leads to a drop in website traffic and potentially a decline in new leads or sales. So, what should you do if your rankings were negatively impacted by Google’s latest core update? For starters, let’s try to understand what exactly a Google core update is, and why this most recent update was so impactful.

What is a Google Core Update?

On an almost daily basis, Google will release one or more changes designed to improve search results. Most of these changes aren’t noticeable. However, sometimes (often multiple times per year) Google releases a significant update, referred to as a “core update.” It is called a core update because it is a major update to its algorithm, meaning it impacts a lot of websites.

On May 4, Google announced its latest core update. Simply called the “May 2020 Google Core Update.”

Later today, we are releasing a broad core algorithm update, as we do several times per year. It is called the May 2020 Core Update. Our guidance about such updates remains as we’ve covered before. Please see this blog post for more about that:https://t.co/e5ZQUAlt0G?ref_src=twsrc^tfw|twcamp^tweetembed|twterm^1257376879172038656&ref_url=https://www.semrush.com/blog/google-may-2020-core-update/

What We Know About the May 2020 Core Update

To give you an idea of the impact of the May 2020 update, take a look at the image below from SEMrush Sensor, which monitors the movement of results on Google. 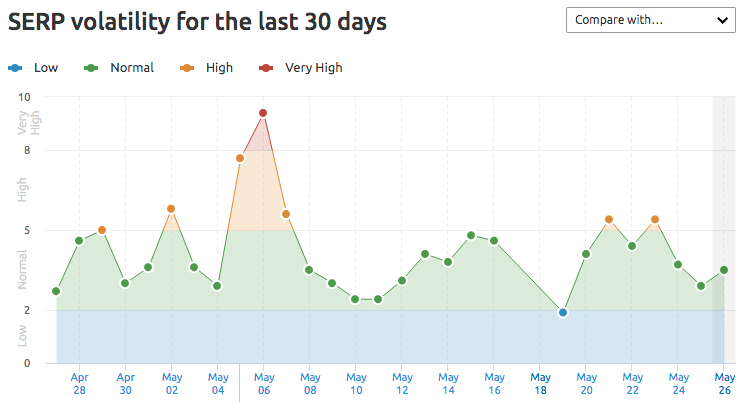 On days where it is green or blue, it means there is not much movement. But, when things turn red, it’s a sign of chaos in the rankings.

What to Do if Your Organic Rankings Plummeted

If you’re left having to deal with the aftermath of a rankings crash, Google’s guidelines on the update remain the same as they have for every previous update.

Simply put, Google maintains there is not much you can do about an algorithm update (gee, thanks). Google has stated, “There’s nothing in a core update that targets specific pages or sites. Instead, the changes are about improving how our systems assess content overall.” Essentially saying, “It’s not you, it’s me.”

However, Google does acknowledge that those whose sites have been negatively impacted will be looking for a fix. The best place to start is by evaluating your existing content and determining whether or not it is up to snuff. What do we mean by that? Your website content should provide original, insightful analysis while also adhering to standard SEO best practices (optimized page titles, meta tags and descriptions, etc.)

Our best advice is to not do anything drastic. In the weeks since this update, we’ve seen client’s rankings skyrocket, only to come back down to earth. We’ve also seen clients rankings crash, only to rebound a week or so later. As is the case with any SEO campaign, be patient, focus on delivering quality content and in the end, you’ll win out.

Did Your Organic Rankings Crash After the Latest Google Core Update? May 28th, 2020Interchanges